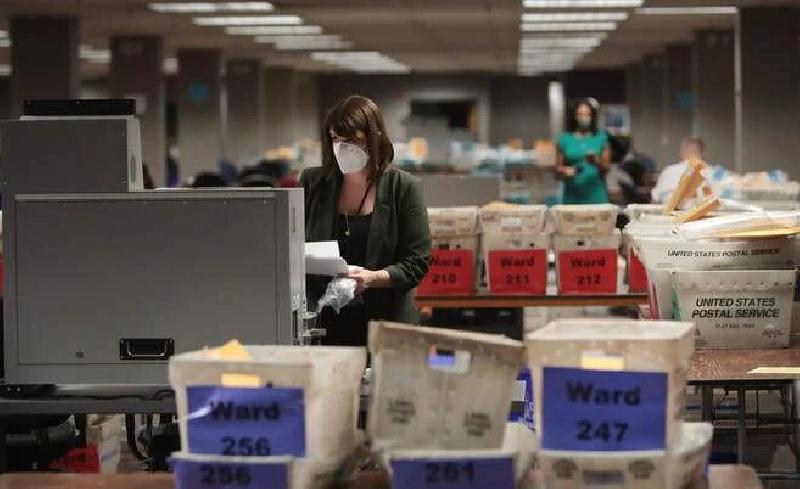 In July Republican lawmakers in Wisconsin voted to suspend a Wisconsin Elections Commission (WEC) rule that allowed state county clerks to fill in and correct ballots with incorrect or missing information so that they could be counted.

This WEC rule had been in effect since 2016. It allows clerks to cure mail-in ballot information without contacting the voters first. f they saw a ballot with incomplete or inaccurate information they could just fill in the envelope themself.

The Joint Committee for Review and Administrative Rules in the Wisconsin Legislature voted along party lines 6-4 to suspend this WEC practice that clearly allowed for the likelihood of fraudulent votes to be counted.

But later that same day the Wisconsin Elections Commission announced they will violate the law and order county clerks to continue to fill in and fix incorrect or incomplete ballots!

But earlier today, on Wednesday, a Wisconsin judge ruled that state law does not allow election clerks to fill in missing information on witness certification envelopes that contain absentee ballots.

A Wisconsin judge on Wednesday ruled that state law does not allow election clerks to fill in missing information on witness certification envelopes that contain absentee ballots, delivering a victory to Republicans nine weeks before the election in the battleground state.

The lawsuit, backed by the GOP-controlled Legislature, is the latest move by Republicans to tighten restrictions on absentee voting in the swing state where Democratic Gov. Tony Evers and Republican Sen. Ron Johnson are on the ballot in November.

Waukesha County Circuit Judge Michael Aprahamian on Wednesday granted GOP motions to immediately block the practice, known as ballot curing. The case is expected to ultimately go to the conservative-controlled Wisconsin Supreme Court, which in July ruled that absentee ballot drop boxes located outside of clerk offices are illegal.

The case will now likely head to the conservative-leaning Wisconsin Supreme Court.