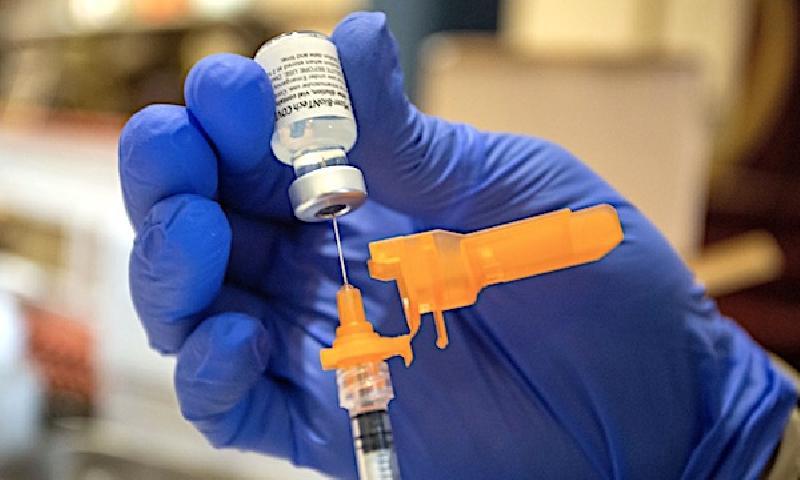 The Vaccine Adverse Events Reporting System was established by the CDC and the FDA as a "national early warning system to detect possible safety problems in U.S.-licensed vaccines."

The VAERS site has reports of 30,796 deaths, and 1.4 million total adverse events, attributed to the COVID-19 vaccines.

The CDC has insisted the VAERS reports aren't necessarily reliable, but Director Dr. Rochelle Walensky has yet to fulfill a promise she made in January to a senator to state how many people her agency believes have been harmed or have died due to receiving the vaccines.

Now, Walensky has admitted in a letter to Sen. Ron Johnson, R-Wis., that the agency gave false information about its COVID-19 vaccine safety monitoring, the Epoch Times reported.

The CDC has stated that it conducted in 2021 a type of analysis called Proportional Reporting Ratio, or PRR, a method of measuring how common an adverse event for a particular drug is.

The purpose is simply to provide a metric for determining whether or not the risk of a particular vaccine or drug is worth any potential benefit. In 1976, the federal government's swine flu vaccination campaign was shut down after only 32 reported deaths.

Now, in a letter made public Monday, Walensky acknowledged the CDC never conducted a PRR during 2021.

Walensky said the CDC ran PRRs between March 25 and July 31. But the agency won't release the results.

Johnson, in a response to Walensky, said her letter "lacked any justification for why CDC performed PRRS during certain periods and not others."

Johnson, the top Republican on the Senate Homeland Security and Governmental Affairs Subcommittee on Investigations, demanded why the agency did not not perform PRRs until March and why it misinformed the public when it said no PRRs were conducted.

A CDC spokesman told the Epoch Times that at "no time have any CDC employees intentionally provided false information."

The spokesman contended the false information was given because the CDC thought the Epoch Times and Robert F. Kennedy Jr.'s Children's Health Defense were asking about a different type of analysis, called Empirical Bayesian data mining.

But both the Epoch Times and Children's Health Defense specifically named PRRs in their queries.

The FDA has conducted Empirical Bayesian data mining on VAERS reports but refused to show the results to the Epoch Times.

Johnson said the CDC's "overall lack of transparency is unacceptable particularly in light of CDC's inconsistent statements on this matter."

Many physicians and scientists believe the true number of adverse events is much are higher than the VAERS figures. Physicians who sued the FDA for documents related to clinical trials for Pfizer's COVID-19 vaccine estimate the true numbers are five times higher. A study led by a researcher at Columbia University estimated the actual figures are higher by a factor of 20. A decade before COVID-19, the so-called Lazarus study by Harvard researchers estimated VAERS accounted for only 1% of vaccine-induced injuries.

Steve Kirsch, the executive director of the Vaccine Safety Research Foundation, and others conducted an analysis comparing anaphylaxis rates published in a study to rates found in VAERS. They concluded the true death toll from COVID-19 vaccines is 41 times higher. The website VAERS Analysis used whistleblower data from the CMS, the Centers for Medicare and Medicaid Services, to come up with an estimated underreporting factor of 44.64.

Mistakes were made As WND reported, Walensky admitted in March the CDC exercised "too little caution and too much optimism" about the effectiveness of the vaccines; had a sophisticated COVID data system (while, as the New York Times reported, the agency withheld data from the public); gave the public the impression science is "foolproof"; and didn't balance the risk of COVID-19 with the unintended consequences of mitigation efforts, such as opioid deaths and "mental health challenges."

Later, the watchdog Government Accountability Office concluded in an investigation that CDC and FDA officials "suppressed" scientific findings related to the COVID-19 pandemic due to political pressure.

In July, internal documents confirmed there was direct coordination between the CDC and Big Tech companies on censoring skepticism or criticism of COVID-19 vaccines.