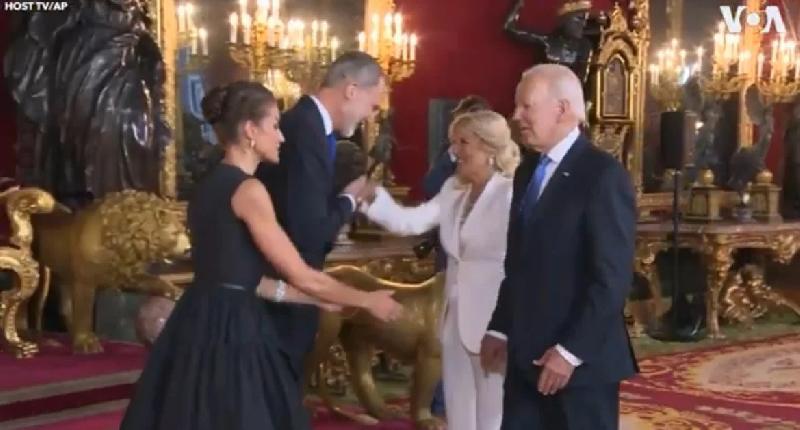 Joe and Jill Biden on Tuesday were greeted by King Felipe VI and Queen Letizia of Spain at the NATO summit dinner at the Royal Palace in Madrid.

In contrast, Queen Letizia looked exquisite in a black dress with her hair pulled back in a sleek bun.

Joe and Jill Biden held hands and rudely blurted out random words as they approached King Felipe and Queen Letizia.

Jill Biden extended her hand to King Felipe and vigorously shook his hand like a man.

It was so bad that King Felipe was taken aback.

Biden couldn’t keep his paws off of Queen Letizia.

The Bidens have zero class.

Recall, Jill Biden pulled a similar stunt when she showed up to a meeting with Queen Elizabeth with bare legs.

Jill Biden didn’t wear any pantyhose and rocked a band-aid on her bare leg in a meeting with the Queen.