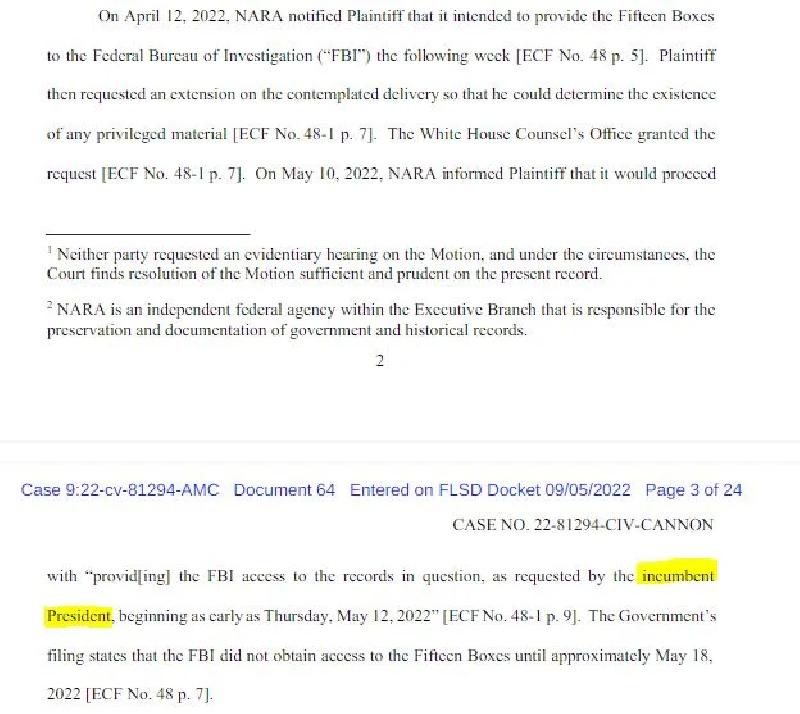 On Monday, August 8, 2022, the Biden FBI-DOJ raided President Trump's home at Mar-a-Lago and rifled through his home and belongings for 9 hours. The FBI even ransacked 16-year-old Barron Trump's room and First Lady Melania Trump's closet.

Jean Pierre insisted that the President was not briefed on the raid.

AP's @ZekeJMiller: "The FBI...served a search warrant on the [Trump']s residence...Was [he] or anyone at the WH aware of that...or has [he] been briefed in the aftermath of that...being executed?"

KJP: "No. The President was not briefed...No one at the WH was given a heads up." pic.twitter.com/jbk4jwRQhX

Earlier today, Judge Aileen Cannon granted President Trump's request for a Special Master review of the material confiscated by the Biden DOJ during their raid on his home at Mar-a-Lago.

Judge Cannon also ‘temporarily enjoins' or forbids the Biden regime from ‘reviewing and using the seized materials' pending the completion of the review.

On pages 2-3 of the ruling Judge Cannon revealed that it was JOE BIDEN who ordered the FBI access to the Mar-a-Lago documents and President Trump's personal belongings. Joe Biden lied. The White House lied. And now they are caught.

Bide denied it all.