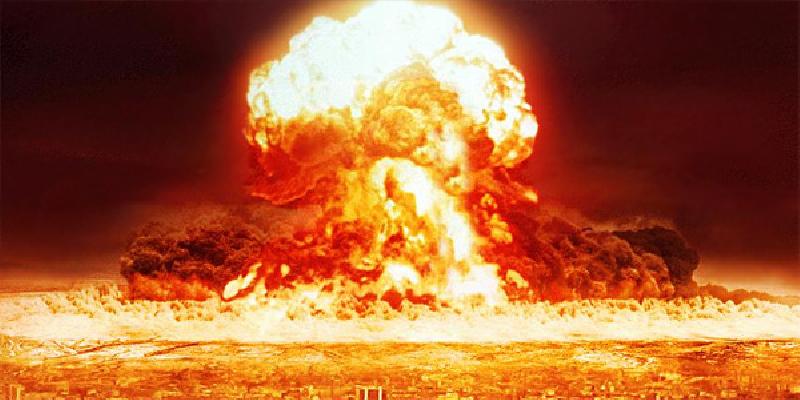 There's a 40% chance of a nuclear war in Europe, according to an expert from the Center for the National Interest who has run through the various scenarios that could develop hundreds of times.

The forecast comes from Harry J. Kazianis, the director of defense studies at the center and executive editor of the publishing branch, The National Interest.

"The risk is very real and I would actually put it at: there is a specific chance, roughly about 40% chance that we could actually have a nuclear war in Europe," he told Tucker Carlson on Fox News.

His years of running simulations of military conflicts between Russia and NATO, he thought, was an "academic exercise…"

But the situation now, with promises from the Joe Biden administration that America will defend every "inch" of NATO territory, Russia could damage one hospital, or one school, and "then we're going to be a situation where we're not going to be able to de-escalate this."

The result will change from a "genocidal disaster in Ukraine to a world disaster."

Kazianis wrote just days earlier at The Federalist that a simulation on this very idea in 2019 estimated that a billion people died.

"But before we start staring into the abyss, allow me to explain the goal of such simulations. NATO clearly would have a massive conventional advantage in any war with Moscow, ensuring that in a straight-up fight Putin would lose. However, Russia has stated time and time again it will use nuclear weapons to defend its territory and its regime if it feels mortally threatened. Our simulation always seems to ask: Can we ever defeat Russian President Vladamir Putin in an armed conflict over Ukraine or the Baltics and not start a nuclear war in the process?" he wrote.

"So far, over at least several years, and with at least 100 different participants that all held different ideas about war and political allegiances, the answer is a flat out no."

He explained the scenario is that Russia invades Ukraine with limited objectives, but is repulsed by defenders benefiting from "the nearly decades-long training Kyiv received from the U.S. and NATO…"

"Russia then decides that its limited military objectives were a mistake, and that all of Ukraine must be 'demilitarized.' Moscow then launches a massive ballistic and cruise missile strike followed up by Russia's air force launching its own shock and awe campaign, destroying a vast majority of Ukraine’s command and control structure, air force, air defense, and armored units in the process. At the same time, Russia starts surging troops to the borders of Ukraine in what looks like an imminent general invasion and occupation of the entire country," he wrote.

Then, under the simulation, a Russian missile's guidance fails and it hits NATO member Poland, killing dozens.

"Pictures on social media show children crying for their mothers and bodies left unrecognizable, and demands for justice and revenge mount," he wrote.

Restraint is exercised by Polish leaders but what follows is a series of massive sanctions on Russia, "similar to what we are seeing today."

Russia then responds with a cyber attack on Poland's electrical grid, banks, energy plants and more.

"And this is where the nightmare begins. Even though attribution is hard to achieve, Poland appeals to NATO and starts to privately share its desire to invoke Article 5 of the NATO Charter, declaring that an attack on one is an attack on the entire alliance."

The next step is a NATO no-fly zone over Lyiv, and Putin, sensing NATO's possible intervention, expands his cyber attacks, triggering NATO's decision to push back against Russia's aggression.

To stay ahead, Putin unleashes tactical nukes and so does NATO. Putin then targets European cities with nukes and NATO responds in kind.

"What is left is nothing short of an apocalypse, with what we estimate is billion people dead," he said.

"When Vladimir Putin feels boxed in and feels Russia is directly threatened, usually from a mistake he makes on the battlefield, he decides to use whatever escalatory step he desires to try and make up for it," was the warning.