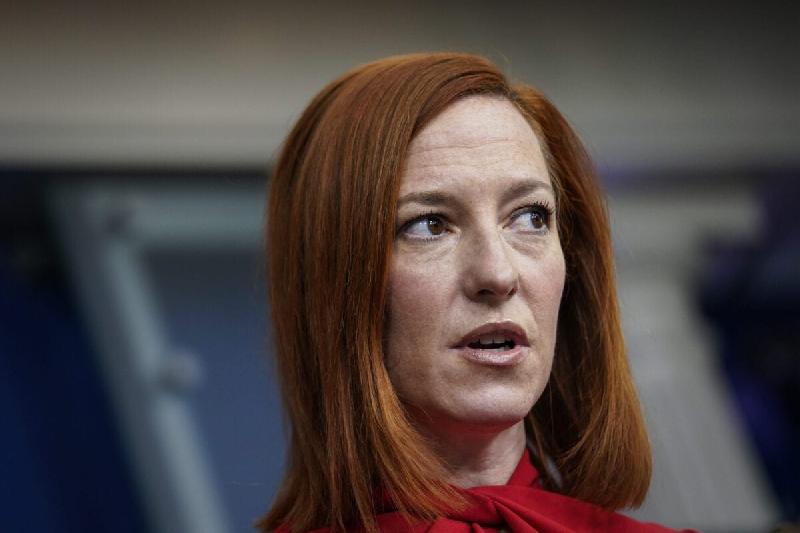 . . .Last week, Jen Psaki tried to pivot on inflation, saying to watch the Fed regarding the forecasts (via Fox Business):

Psaki told reporters that gas prices are expected to continue surging in the coming months due in large part to the ongoing Russian invasion of Ukraine. Psaki communicated that White House experts expect the markets to eventually stabilize and inflation to slow, saying the energy crisis is only “temporary.”

No. First, this isn’t a Putin problem. Is it helping? Hell no. But inflation and gas prices were already rising well before Russian troops stormed into Ukraine. Voters know this. It’s another sign that Biden and his crew are surrounded by the facts and realities of their own incompetence. Second, there’s no need for the Fed assessment as Treasury Secretary Janet Yellen said the pain of inflation will last another year.

Talk about a backfire. I understand trying to shift and juke to escape a tackle, but to get pancaked by your own team? Biden’s crew is chucking all sorts of boomerangs to pass the buck on their stunning record of failure.

.@PeteButtigieg says Biden admin focused on insulin & govt child-care, not gas prices: “Gas prices are famously something that is largely outside of the direct control of any political figure" pic.twitter.com/a1vVD4IsPG