NYC To Record Hottest Day Of Summer This Week 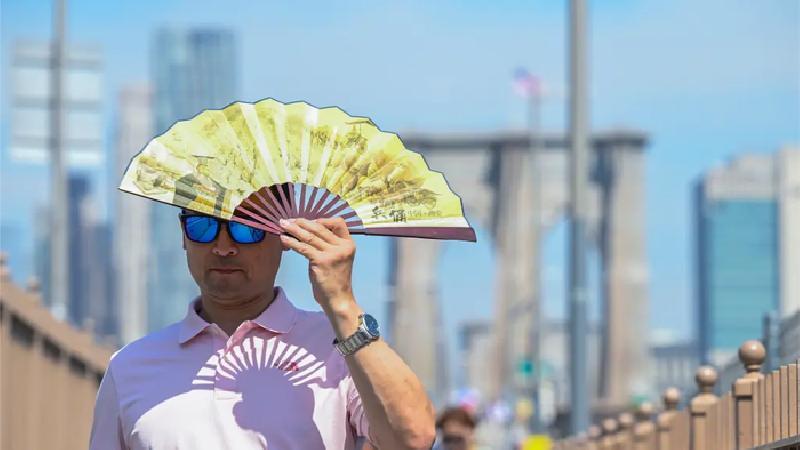 The hottest day of the summer season will be on Thursday. A frontal system will pass through on Friday, cooling the region and making the temperature spike a one-day event. 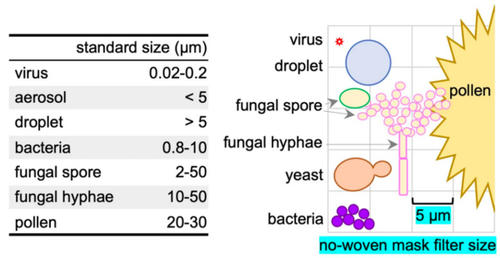 Cooling demand is expected to surge but not as high as last month. The 30-year cooling degree day trend appears to have topped and is trending lower, indicating that peak air condition use could've arrived, a relief for those slapped with high energy costs this summer. 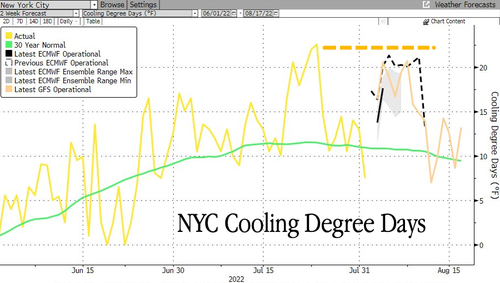 "The real hottest forecast day is Thursday," said Bob Oravec, a senior branch forecaster at the US Weather Prediction Center.

Peak summer could be here as the 30-year average median temperature of the US Lower 48 trends lower. 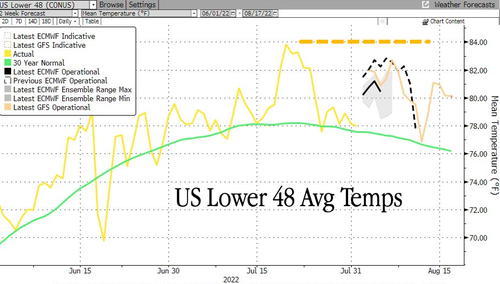 For those who live in areas where winters are fierce and own fireplaces or stoves, it probably won't hurt to begin preparing for winter by buying cords of wood or splitting yourself for ample reserves due to the risks of an energy crisis in Europe this winter could spillover to the rest of the world.