Pelosi Throws Gasoline on the Fire, Labels SCOTUS an…. 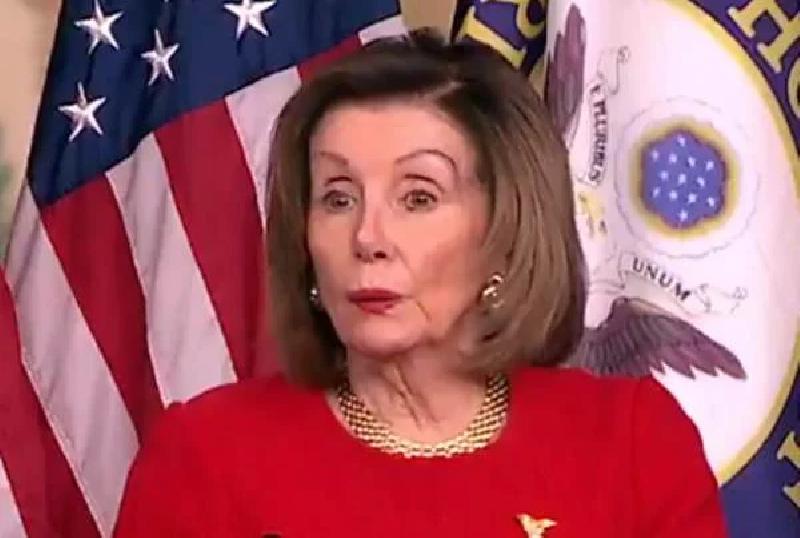 House Speaker Nancy Pelosi threw gasoline on the fire and labeled the Supreme Court an “extremist” body that punishes the people.

The Democrats have been waging a war on Supreme Court justices ever since the draft opinion on Roe v Wade was leaked.

“While this extremist Supreme Court works to punish and control the American people, Democrats must continue our fight to expand freedom in America,” Pelosi said in a letter to Democrat colleagues.

JUST IN - Pelosi, the speaker of the US House, labels the Supreme Court an "extremist" body that punishes the American people. pic.twitter.com/ewLhR5AnN8

“Today, the Republican-controlled Supreme Court has achieved the GOP’s dark and extreme goal of ripping away women’s right to make their own reproductive health decisions. Because of Donald Trump, Mitch McConnell, the Republican Party and their supermajority on the Supreme Court, American women today have less freedom than their mothers.” Pelosi said on Friday.

“With Roe now out of their way, radical Republicans are charging ahead with their crusade to criminalize health freedom. In the Congress, Republicans are plotting a nationwide abortion ban. In the states, Republicans want to arrest doctors for offering reproductive care and women for terminating a pregnancy.” she said.

GOP extremists are even threatening to criminalize contraception, as well as in-vitro fertilization and post-miscarriage care.” she added.

Pelosi also attacked the legitimacy of the Supreme Court, “Pelosi on the court: “No, I don’t respect a process that criminalizes a women’s right to her reproductive freedom.”