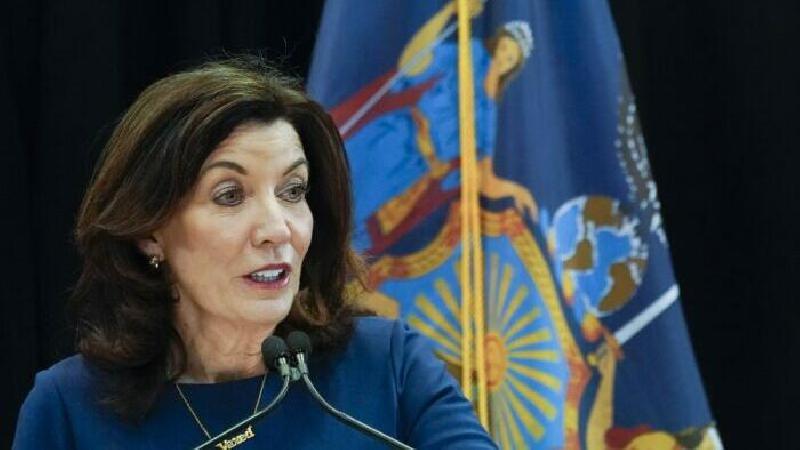 Within an hour of the US Supreme Court striking down a law which required New York residents to show "proper cause" to obtain a concealed carry license, Governor Kathy Hochul (D) promised legislation to counter the ruling.

To that end, Hochul on Friday signed sweeping gun legislation into law that adds several layers of red tape for those who wish to obtain a gun in the state - including a new rule requiring anyone applying for a concealed carry permit to submit a three-year history of their current and inactive social media accounts. The new law will take effect on September 1, 2022.

Applicants for concealed carry permits must also undergo 16 hours of firearm training, provide four character references, and list the contact information for domestic partners or adults who reside in the same house.

Potential applicants will also be required to show "good moral character," meaning "the essential character, temperament and judgment necessary to be entrusted with a weapon and to use it only in a manner that does not endanger oneself and others."
At a press conference regarding the new legislation, Hochul said "we are creating a definitive list of sensitive locations where individuals will not be able to carry firearms."

I just signed a new law to keep New Yorkers safe – even in the face of a monumental setback from the Supreme Court.

Thanks to @AndreaSCousins, @CarlHeastie, and our legislative partners for your quick work and collaboration to pass these critical gun safety reforms. pic.twitter.com/AIujZJz0TP

This list includes "schools, summer camps, libraries, daycares, parks and playgrounds, places children gather, theaters, museums, entertainment venues, places of worship for religious observation, polling places, educational institutions, and health medical facilities. Federal State Local government buildings, homeless and domestic violence shelters, places where alcohol is consumed, restaurants, bars, public transportation, subway buses, airports and at public demonstrations and rallies, and in Times Square."
Another new rule is a "Default of No Concealed Carry on Private Property and Businesses Unless Deemed Permissible by Property Owners." Hochul said of this law, "We are making 'no open carry' the default position for private businesses. That means that any business, grocery store, retail, private home, place that wants to allow guns on their premises will have to demonstrate that and establish that they put a sign out there that says concealed carry guns are welcome here."

One day after the June 23 ruling in New York State Rifle and Pistol Association v. Bruen, both Hochul and NYC Mayor Eric Adams vowed to enact legislation that would work around the USSC ruling.

"Our state will continue to keep New Yorkers safe from harm even despite this setback from the Supreme Court," Hochul said on Friday.

In reaction, the state GOP said "the legislation not only violated the Second Amendment, but also privacy and free speech rights," according to the Associated Press. The lawmakers were reportedly "incensed" and predicted that the new rules would be struck down.

One of the most questionable elements is the requirement that gun owners show “good moral character.” That obviously raises comparisons to the invalid Sullivan Act of 1911, giving local officials discretion over who can carry concealed guns based on a showing of “proper cause.”  The Court rejected the notion that citizens must prove their need to use an individual right as opposed to the government shouldering the countervailing burden:

New York’s proper-cause requirement violates the Fourteenth Amendment in that it prevents law-abiding citizens with ordinary self-defense needs from exercising their right to keep and bear arms.”

Under the New York law, applicants must undergo “enhanced screening” with in-person interviews and submit to reviews of their social media, including required access to social media. That provision seems ripe for challenge on a host of grounds, including the denial of free speech and associations rights.

The law seems another overreach by the state. As I noted earlier, New York has thus far been about as effective in curtailing gun rights as Monty Python’s “Judean People’s Front Crack Suicide Squad” was effective in combating Roman occupation.

After all, who needs Texas when gun rights advocates have New York?