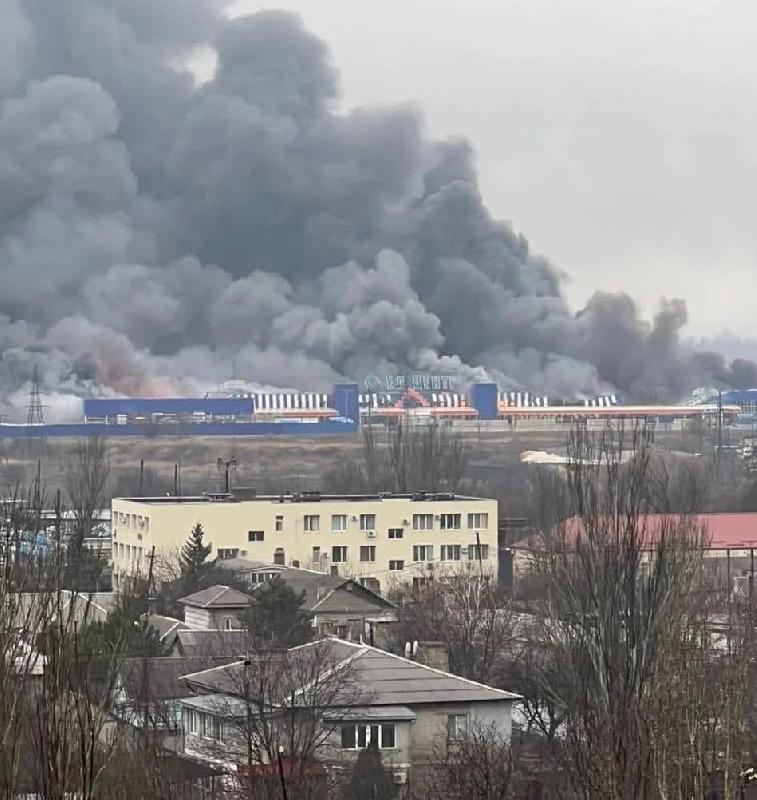 The Russians are employing the exact same tactics that we witnessed in Syria and during the two Chechen wars, but the mainstream media doesn’t seem to understand this.  Up to this point, the mainstream media has used the fact that many major Ukrainian cities have not yet fallen as evidence that the war is not going too well for Russia.  But the truth is that the Russians did not intend to recklessly send their forces into dense urban areas immediately.  That is something that western military leaders do way too often, and it is a way to get thousands of troops needlessly gunned down.  Instead, the Russians are encircling the largest Ukrainian cities.  A perimeter is established which cuts off all food and supplies, and then the circle is slowly but surely squeezed tighter as the “cauldron” is relentlessly pummeled by Russian firepower.

It is essentially ancient siege warfare adapted for modern times, and the Russians have previously used such tactics with devastating effectiveness…

The siege is a military tactic popularized in medieval times and designed to crush a population through starvation and violence, allowing an attacking force to spare its own soldiers the cost of entering a hostile city. Instead, civilians are the ones left to die, slowly and painfully.

Putin has refined the tactic during his years in power, first in the Chechen city of Grozny in 2000 and then in the Syrian city of Aleppo in 2016.

By the time those two sieges were over, Grozny and Aleppo were both totally leveled.

Now “siege and squeeze” is being employed against a number of the largest Ukrainian cities simultaneously, and that includes the capital of Kiev…

As the number of people driven from the country by war eclipsed 3 million, large explosions thundered across Kyiv before dawn from what Ukrainian authorities said were artillery strikes, as Russia’s assault on the capital appeared to become more systematic and edged toward the city center.

The good news for the Ukrainians is that Kiev has not been entirely encircled just yet.

In Kharkiv, Ukraine’s second-largest city, time is elastic. It’s close to the border with Russia and the nightly shelling from Russian artillery and warplanes gives no rest. The past two weeks have seemed like an eternity, yet peace can be remembered as if it were yesterday.

In a frozen landscape on the city’s north-eastern edge, 21-year-old Lieutenant Yevgen Gromadsky stands with hands outstretched. There are trenches dug in nearby. “Outgoing,” he says, lifting his right hand to accompany the thump of fire from his positions. “Incoming,” he says, and his left hand ticks up. With a crump, Russian shells are fired from their positions 900m away across snow-covered fields.

Let us pray for peace in Ukraine, because countless more people are going to die in the weeks and months to come if this conflict drags on.

Russian forces have successfully encircled Mariupol and are conducting daily assaults on the western and eastern outskirts of the city. Russian air, missile, and artillery strikes continue to target residential areas and civilian infrastructure to force the city to capitulate. Russian forces have encircled the city to a depth that will likely prevent the defenders from breaking out and prevent Ukrainian efforts to relieve the defenders. Russian forces will likely be able to capture Mariupol or force it to capitulate despite strong Ukrainian defenses. The Russian capture of Mariupol will free up Russian forces, likely including large portions of the 8th Combined Arms Army, to threaten Ukrainian defenders along the line of contact in Donbas with encirclement or alternatively reinforce a Russian offensive toward Mykolayiv and Odesa. This assessment assumes that the defenders in Mariupol will run out of ammunition and/or water at some point in the relatively near future.

I think that the Russians feel a particular sense of urgency to “finish the job” in Mariupol because of the Azov Battalion and other forces that are based there.

If you have been following the situation in Ukraine for an extended period of time, then you know exactly what I am talking about.

If the Russians are planning to agree to a ceasefire in the not too distant future, it is likely that they would like to wipe out the Azov Battalion and their allies before that happens.

Each airstrike and shell that relentlessly pounds Mariupol — about one a minute at times — drives home the curse of a geography that has put the city squarely in the path of Russia’s domination of Ukraine. This southern seaport of 430,000 has become a symbol of Russian President Vladimir Putin’s drive to crush democratic Ukraine — but also of a fierce resistance on the ground.

In the nearly three weeks since Russia’s war began, two Associated Press journalists have been the only international media present in Mariupol, chronicling its fall into chaos and despair. The city is now encircled by Russian soldiers, who are slowly squeezing the life out of it, one blast at a time.

The Russians said that one of their goals was to “demilitarize” Ukraine, but way too many civilians are dying.

Millions upon millions of Ukrainians are deeply suffering because of a war that the politicians started, and that isn’t right.

And ultimately this conflict in Ukraine could spark a much broader war between the western powers and Russia.

If that happens, it would be way too easy for things to “go nuclear”.  In fact, even the Secretary General of the United Nations is warning that nuclear war is “now back within the realm of possibility”…

U.N. Secretary General António Guterres said Monday that the prospect of nuclear conflict is “now back within the realm of possibility” after Russian President Vladimir Putin raised the alert levels of the country’s nuclear forces last month.

In remarks to reporters, Guterres called Putin’s move a “bone-chilling development” and said further escalation of the war in Ukraine would threaten all of humanity. “It’s time to stop the horror unleashed on the people of Ukraine and get on the path of diplomacy and peace,” he said.

But instead of pursuing peace, leaders on both sides just continue to escalate matters.

This didn’t have to happen.

Politicians on both sides should have been able to sit down and find a diplomatic way out of this mess.

But now war is here, and nothing will ever be the same again.