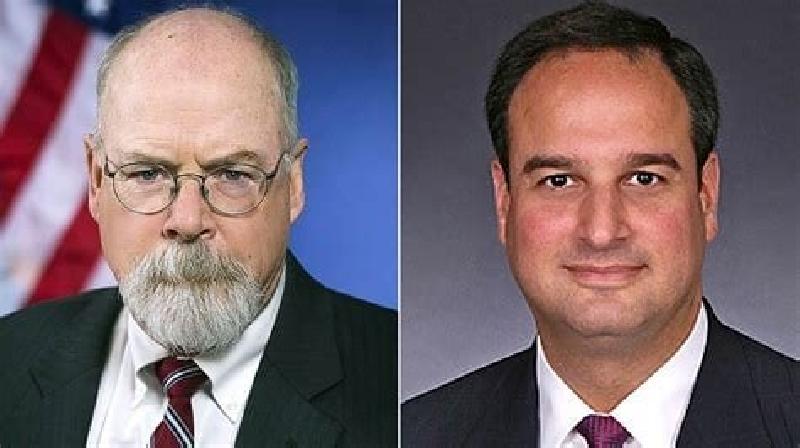 Day 2 of the Michael Sussmann trial started with some housekeeping. Here are the rulings of note:

Onto the witnesses. We start with the short testimony of Deborah Fine.

Fine began working for the Hillary Clinton Campaign (aka Hillary for America) as “one of several deputy general counsels” in May 2016. She answered to Marc Elias, the campaign’s general counsel.

After being presented with calendar entries confirming her daily calls with Fusion GPS, she testified that she worked with them as “part of my work for the campaign.” In fact, she regularly interacted with Glenn Simpson and co-founder Peter Fritsch. Fine conceded that Fusion GPS were seemingly free to conduct research on their own, stating she “personally didn’t direct them” to accomplish specific tasks.

On cross, she admitted she didn’t now if Marc Elias spoke to anyone else at the Clinton Campaign about the activities of Fusion GPS. She was out of the loop regarding efforts to bring the Alfa Bank allegations to the NY Times or to the FBI.

Laura Seago worked with Fusion GPS back in 2016, where she reported directly to Fritsch and Simpson. She has been granted immunity by the Special Counsel for her testimony. She understood Marc Elias to be the Fusion GPS contact for the Clinton Campaign.

Seago stated she was present at a summer 2016 meeting with “Mr. Elias, my colleague Peter Fritsch from Fusion GPS, Mr. Sussmann, and Mr. Sussmann’s client Rodney Joffe.” As to the nature of that meeting:

“The general purpose, to the best of my recollection, was to discuss allegations of communications between the Trump organization and Alfa-Bank.”

Once the Alfa Bank allegations were developed, Seago met with journalist Franklin Foer (who would write the October 31, 2016 Alfa Bank article in Slate). The purpose of that meeting was to discuss “the allegations of communication between the Trump Organization and Alfa-Bank.” They sold Foer on the Alfa Bank data at that meeting, telling him there were “highly credible computer scientists who seemed to think that these allegations were credible.” These “credible computer scientists” would ultimately be cited in Foer’s article. She admitted that Fusion GPS did nothing to validate the DNS records – something she said was “beyond my capabilities.”

Seago was walked-through a number of e-mails she had with Joffe and other members of Fusion GPS. Some of these were privileged (the Joffe e-mails) so the Special Counsel was unable to discuss with Seago the contents. However, she did know about contents of the Joffe e-mails generally:

Finally, she admitted to understanding whose interests were served by planting the Alfa Bank story.

Now we get to Marc Elias.

Elias meet weekly with Fusion GPS at his office. Typically Peter Fritsch and Glenn Simpson would be in attendance. Generally, those meetings involved discussions of Elias’s “needs” and Fusion GPS’s “work” – which included what Elias described as the “unusual connections” the Trump Campaign had with Russia. They would also report to Elias on their findings related to Trump during the election.

Notably, Elias mentioned Jake Sullivan as someone at the Clinton Campaign who knew about the Trump/Russia research (though there is uncertainty as to whether Sullivan knew about Fusion’s activities). Elias would give the campaign these updates.

Anyway, Elias also testified that the Clinton Campaign paid them (Perkins Coie) a “flat fee” for their legal services. Why is this important? Because it explains why Sussmann would block bill the Clinton Campaign (see tweet below). (“Block billing” is having a multi-hour entry with a generalized description. Example: “6.5 hours on confidential project.) For flat fee work, attorneys are generally allowed block billing because the client isn’t paying the hourly rate.

Day 2 of the Sussmann trial –

He would brief the Clinton campaign on Fusion GPS's findings.https://t.co/Eb52mMyz2Q