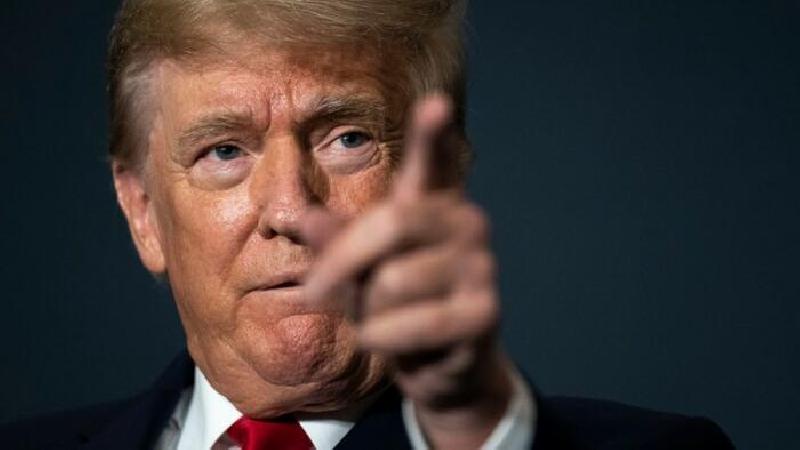 Former President Trump on Wednesday announced that he would not be answering questions in his court-ordered deposition in New York Attorney General Letitia James' three-year probe of his organization.

After arriving just before 9 a.m. at the AG's NYC headquarters, Trump released a statement which reads in part: "accordingly, under the advice of my counsel and for all of the above reasons, I declined to answer the questions under the rights and privileges afforded to every citizen under the United States Constitution."

"I did nothing wrong, which is why, after five years of looking, the Federal, State and local governments, together with the Fake News Media, have found nothing," the statement continues. "We cannot permit a renegade and out-of-control prosecutor to use this investigation as a means of advancing her political career."

"I once asked, ‘If you’re innocent, why are you taking the Fifth Amendment?" Now I know the answer to that question," the statement continues.

Shortly before Trump's deposition, he posted this to Rumble:

James had insisted that Trump be deposed in person, Insider reports, after her office issued its original subpoena in December while investigating whether the Trump Organization misstated the value of various properties on financial documents - which James alleges were then used to obtain tax breaks and bank loans.

James' office is considering whether to file a civil suit against Trump, claiming in court filings that they have "uncovered substantial evidence establishing numerous misrepresentations" regarding Trump's financial statements to banks, insurers and the IRS.

Trump's legal team fought the December subpoena for more than six months - losing in both the State Supreme Court and in a Manhattan appeals court - after which the Trumps (Trump, Trump Jr., and Ivanka Trump) agreed to sit for depositions - which were delayed by the death of Ivanna Trump on July 14. Both Trump Jr. and Ivanka sat for depositions last week.

Trump's refusal comes two days after the FBI raided his Mar-a-Lago home in Palm Beach, Florida - reportedly to find boxes of materials that the former president may have removed from the White House upon leaving office.

Trump's statement can be read below: