US Intel Helped Ukraine Shoot Down “Hundreds” Of Russian Paratroopers 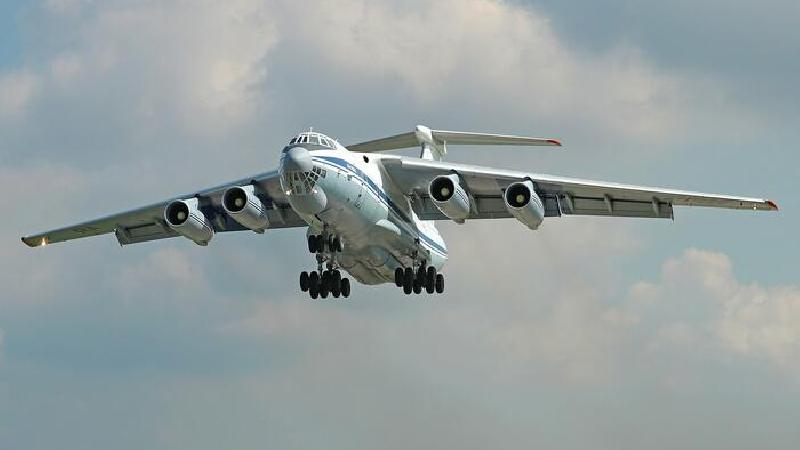 Pentagon and top State Department officials have insisted this week that the US and NATO are not fighting a proxy war against Russia in Ukraine, but then we get bombshell reports like the following out of NBC, with unnamed defense and intelligence officials positively boasting about the damage being done to the invading forces, including shooting "hundreds" of paratroopers out of the sky who were in a Il-76 military transport plane...

"As Russia launched its invasion, the U.S. gave Ukrainian forces detailed intelligence about exactly when and where Russian missiles and bombs were intended to strike, prompting Ukraine to move air defenses and aircraft out of harm’s way, current and former U.S. officials told NBC News."

And then comes this stunning admission: "That near real-time intelligence-sharing also paved the way for Ukraine to shoot down a Russian transport plane carrying hundreds of troops in the early days of the war, the officials say, helping repel a Russian assault on a key airport near Kyiv," NBC writes.

The revelation comes almost two months after in early March Biden administration officials divulged to the press the the United States was sharing real-time intelligence with Ukraine. Apparently these efforts have not only greatly expanded at this point, but are possibly resulting in significant battlefield losses for Russia.

The NBC report continues, "It was part of what American officials call a massive and unprecedented intelligence-sharing operation with a non-NATO partner that they say has played a crucial role in Ukraine’s success to date against the larger and better-equipped Russian military."

Within the very opening days of the invasion, Ukrainian forces had claimed a major battlefield victory in shooting down a Russian Il-76 Candid airlifter which was operating outside of Kiev. While it's unclear whether the US officials quoted in the NBC report are referring to that specific alleged shootdown incident (the Russian Defense Ministry has tended to chalk up such transport plane downings as mechanical failures as its official line) - it may have resulted in the deaths of dozens or even up to a couple hundred Russian paratroopers.

On Feb.26 a second transport plane was reportedly downed, with the AP detailing at the time, "A second Russian Ilyushin Il-76 military transport plane was shot down near Bila Tserkva, 50 miles (85 kilometers) south of Kyiv, according to two American officials with direct knowledge of conditions on the ground in Ukraine."

As for specifics the NBC report only had this to say:

NBC News is withholding some specific details that the network confirmed about the intelligence sharing at the request of U.S. military and intelligence officials, who say reporting on it could help the Russians shut down important sources of information.

"There has been a lot of real-time intelligence shared in terms of things that could be used for specific targeting of Russian forces," said a former senior intelligence official familiar with the situation. The information includes commercial satellite images “but also a lot of other intelligence about, for example, where certain types of Russian units are active.”