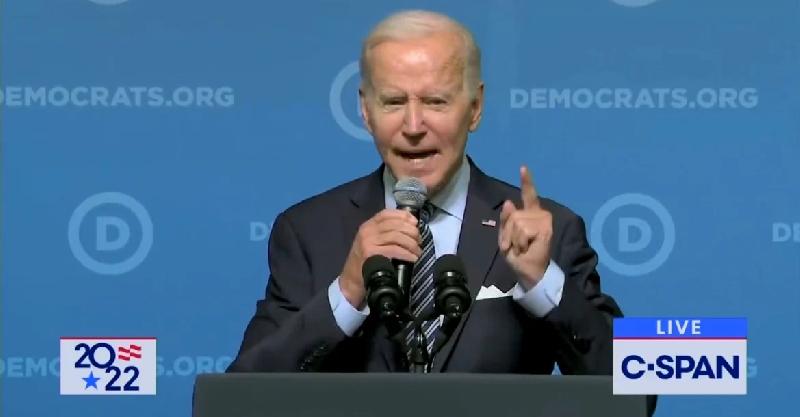 Joe Biden on Thursday delivered remarks at a reception for the DNC at the Marriott Gaylord National Resort in Maryland.

The crowd size was pathetic. Biden delivered another angry and divisive speech on Thursday.

It sounded a lot like his famous Moloch speech... minus the red glow.

"We're literally in a battle for America's soul! I know I've been saying it for a year and a half but I mean it! Extreme MAGA Republicans just don't threaten our personal and economic rights, they embrace political violence... They threaten our very democracy," said Biden.

Biden accused MAGA Republicans of being a threat to the nation after he vowed to ban "assault weapons."