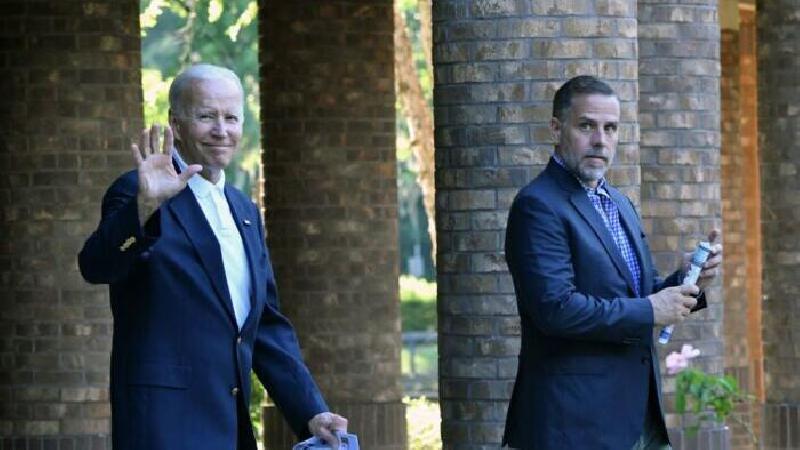 Sen. Ron Johnson (R-Wisc.) said that the FBI ignored eyewitness testimony regarding President Joe Biden's involvement in his son's dealings with a Chinese conglomerate about a month before the 2020 election.

The former Senate Homeland Security Committee chairman told the New York Post that "suppression and censoring of his testimony and Hunter's influence peddling impacted the 2020 election" far worse than anything China or Russia could have achieved.

About a month before the November 2020 election, a former associate of Hunter Biden, Tony Bobulinksi, told media outlets that Joe Biden was involved with his son's and brother Jim Biden's dealings with CEFC, a Chinese Communist Party-linked energy conglomerate. Bobulinksi confirmed the authenticity of emails sourced from the younger Biden's laptop hard drive that referred to Joe Biden as "the big guy" due to a 10 percent cut in the new corporate organization.

"Unfortunately, Tony Bobulinski's first-hand eyewitness testimony regarding President Biden's knowledge of Hunter Biden's compromising web of foreign financial entanglements, especially with the Chinese, was not only ignored by the media, but also by the FBI," Johnson said this week, referring to the 2020 claims.

The Epoch Times reached out to the FBI for comment.

Johnson along with Sen. Chuck Grassley (R-Iowa), who has long investigated Hunter Biden, published a lengthy report on the Bidens' business dealings in September 2020, which raised questions about the younger Biden's reportedly lucrative position at Ukrainian gas company Burisma Holdings while his father was vice president and took a leading role in handling the Obama administration's relations with Ukraine.

The senator's comment came in response to reports alleging that former FBI special agent Timothy Thibault, who departed the bureau last month, hid intelligence that was provided by Bobulinski.

Thibault was named several times by Grassley and Johnson in letters to the FBI and claimed the former agent displayed an animus toward former President Donald Trump. Whistleblowers from within the bureau told Grassley that the FBI had obtained information in 2020 about "criminal financial and related activity" on behalf of Hunter Biden, according to one of the senator's letters, dated July 25, which was then allegedly suppressed by Thibault.