FOOTAGE: Secret Video Recordings LEAKED from Inside “The Hole” 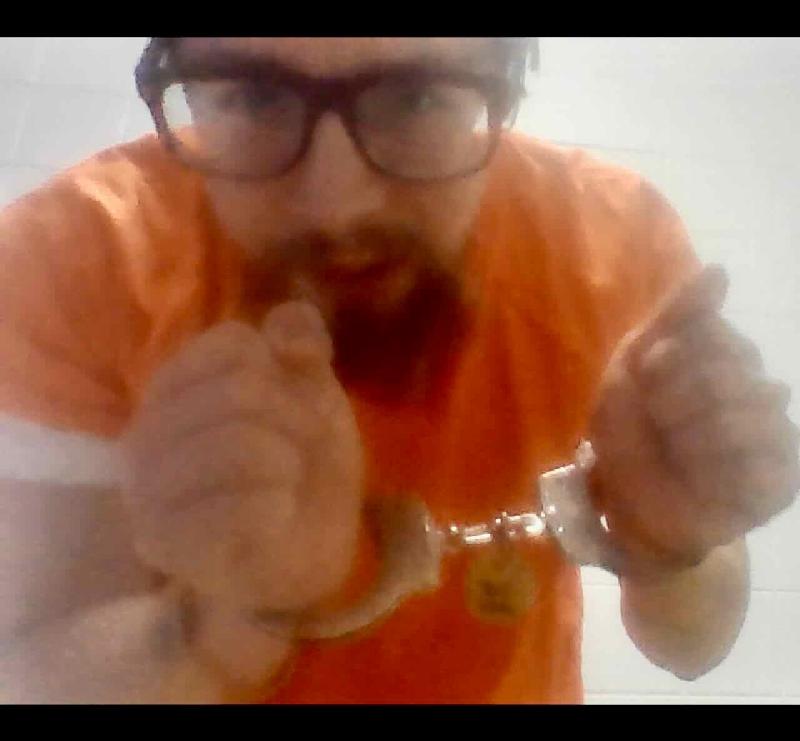 Secret video recordings have been leaked exclusively to The Gateway Pundit from deep within the walls of the DC Gulag. See the series of eight videos below.

This filthy facility is notorious for inhumane and torturous conditions. It is where many Political Prisoners from January 6th are being unconstitutionally detained by the United States Government pre-trail.

The video recordings below feature Brandon Fellows, a 27 year old January 6th prisoner who has been in the Gulag since last June of 2021. According to Fellows, his crime was “taking two hits of marijuana in the Capitol after having a conversation with police who told him he could go inside.”

The first video shows Fellows, excited to be talking to a camera and civilization, collecting what appears to be black mold from the faucet of his sink where his drinking water comes from. He places it in a tiny bag and shows it to the camera:

Fellows was able to get the mold sample to an attorney to send to a lab for testing. Please donate to help Fellow’s legal team test the mold sample at a science laboratory and pursue legal action against DC Gitmo for endangering J6 prisoners. According to experts, mold in drinking water can be deadly.

No outside witnesses, visitors or journalists are allowed to visit the insides of DC Jail where the J6 Political Prisoners are being held. Even United States Legislators have been turned away by the warden. There is no recording allowed at the jail. Therefore, no footage of this type exists in the world that documents the plight of the American Political Prisoners of The Biden Regime.

Fellows is facing up to twenty years in prison if convicted. There will more than likely be legal ramifications directed towards Fellows when the Regime learns of these videos.

The personable Fellows has Asperger’s Syndrome, which is a form of Autism. Coupled with his dark and sarcastic sense of humor, he makes for a fascinating narrator.

“My dark sense of humor is like a defense mechanism for me,” said Fellows. “It helps me deal with everything going on.”

In the next video Fellows shows us an electrical fire waiting to happen (or electrocution of a prisoner) in his cell as loose live wires protrude from the wall. Very dangerous and disturbing:

This video series documents Fellow’s time in extensive solitary confinement, where he spent 22 hours a day in his cell. His “rec” time was spent in anther solitary cell with a TV in it for 1-2 hours per day. He was not allowed out of his cell at all between Fridays and Mondays. That is less than 10 hours outside a cell in a week of 168 hours!

“I wanted people to see that we are real and to prove what we are dealing with,” said Fellows about the videos

“Brandon Fellows is very brave for getting this footage out,” said a fellow J6er also housed at DC Gitmo. “It will help us all.”

The next video show the cockroach infested sink that the men get their daily drinking water from. No wonder there have been reported problems of diarrhea and intense stomach pains to advocacy groups. See the video below:

In the next video, Fellows talks about the “re-education tablet” that is provided to him in his cell a few times a week. Fellows calls it a “racist tablet”, says that is is “anti-white” and pushes the Islamic religion on prisoners. See the tablet here:

Another video shows a visibly shocked Fellows get emotional after seeing a small handful of grapes on his food tray. We reported last week that Fellows and the other detainees were denied fruit and fiber in their diets, causing major constipation leading to the chronic overuse of laxatives then leading to painful diarrhea and dehydration. Many of our readers wrote to the DC Jail to complain on behalf of Fellows, perhaps this small portion of grapes he received was due to that effort. See Fellow’s heart-wrenching reaction here:

In this video Fellows shows us the filthy floor left coated with remnants of the jail population’s feces. This was after the guards put him back in a cell that had an overflowed toilet without sterilizing the floor:

This next video shows what “rec” time is like for a January 6er in “the hole”, or the “SHU” (Special Housing Unit). “Rec” is basically the time allowed out of the cell. For Fellows, that was six hours total in NINE DAYS. Fellows was handcuffed during rec while he watched a TV alone on a wooden chair in another cell. There is a microwave in the cell he was not allowed to use because his right to purchase food from commissary was stripped. See the “rec” room here:

Saving the most graphic for last, this last video gives very special insight to the conversations that go on in DC Jail in the middle of the night. Because Fellows was thrown into “the hole”, he had to endure the late night screaming of the “general population” outside of the “Patriot Pod”.

The “Patriot Pod” is where the J6ers are being housed away from the “general population”. Non-convicted J6er’s are not privy to any of the jail’s facilities like the rest of convicted prisoners are. This includes use of a cafeteria, gym, jobs, classrooms, outdoor areas, barber shop or religious services.

“These J6er’s are second class citizens at DC Jail,” said Tina Ryan of Citizen’s Against Political Persecution. “They don’t have the option to use the jail facilities like the other prisoners do- including the convicted murderers and rapists. Because they are Trump supporters they are being treated worse than men that have been convicted for murder.”

After a year of getting to know many of the January 6th political prisoners, it is worth noting that many of these men remain strong and unbroken. It is a privilege to get to know them and serve as a first hand witness to the strength of mind, willpower and God that keeps them whole.

Please help Brandon Fellows by donating to his legal fund. If found guilty by a jury, Fellows faces decades in prison.Fellow’s legal team plan on getting the mold (that is now in their possession) tested in a science lab and possibly suing the government for putting these pre-trial detainees in an unsafe, if not deadly, environment.