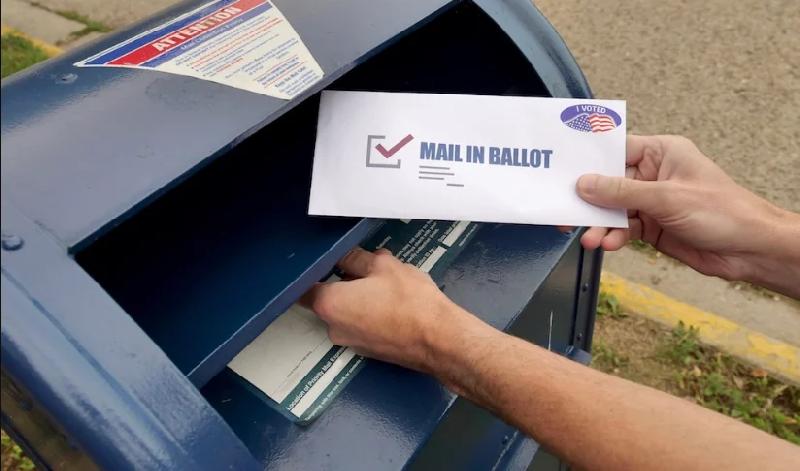 A Delaware judge on Wednesday ruled vote-by-mail violates the state's constitution and cannot be used in the November election.

"Our Supreme Court and this court have consistently stated that those circumstances are exhaustive," Vice Chancellor Nathan Cook wrote. "Therefore, as a trial judge, I am compelled by precedent to conclude that the vote-by-mail statute's attempt to expand absentee voting ... must be rejected."

Democrats across the country are ramming through vote-by-mail bills because it makes it easier for them to cheat.

A Delaware judge ruled Wednesday that a new vote-by-mail law enacted earlier this year is unconstitutional and that voting by mail cannot be used in upcoming November election.

Vice Chancellor Nathan Cook ruled that the law, the result of legislation that Democrats rammed through the General Assembly in less than three weeks this past June, violates a provision in Delaware's constitution that spells out the circumstances under which a person is allowed to cast an absentee ballot.

Julianne Murray, an attorney for plaintiffs challenging the vote-by-mail statute, said she was glad that the judge carefully studied Delaware's constitution and court precedent in making his determination.

"He started on the Constitutional Convention of 1897 and worked his way through," said Murray, who is the Republican nominee for attorney general in November.

Jane Brady, a retired judge and former Delaware attorney general who also represented plaintiffs in the lawsuit, said mail-in voting "does not comport with the constitution."

"I believe that the legislature has known from day one that they needed a constitutional amendment to do this," she added, noting that lawmakers acknowledged during debate on the legislation that it could likely face a court challenge.